Alex Hitchcock Podcast; A storyteller on saxophone to watch – Ep 123 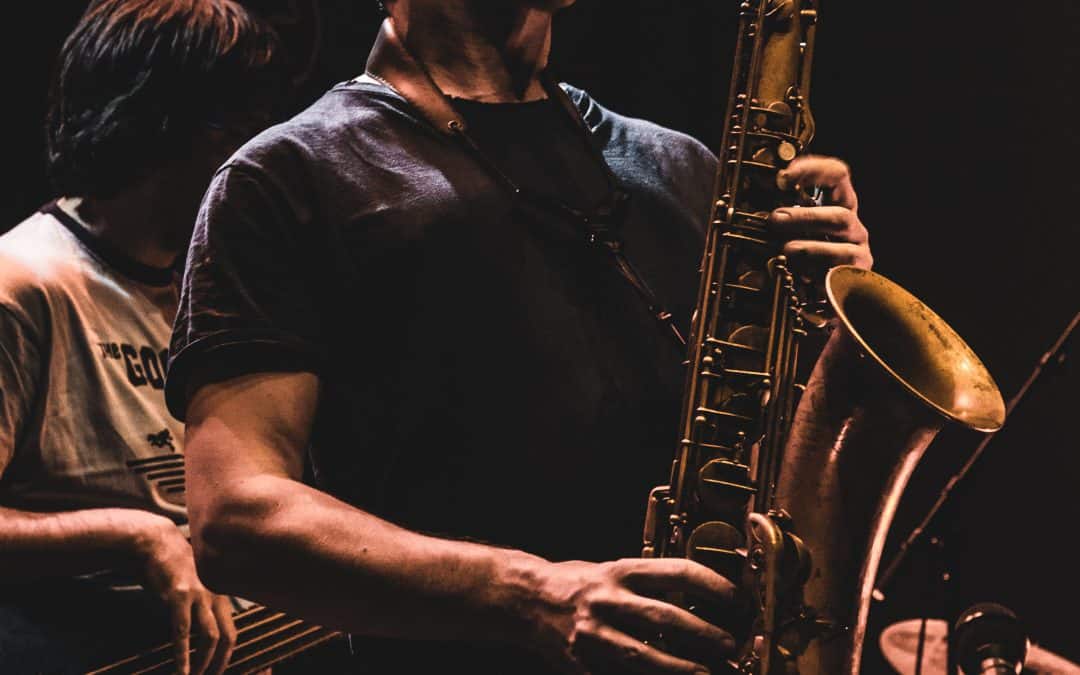 London-born saxophonist Alex Hitchcock is regarded as one of the UK’s most virtuosic young jazz musicians. His group AuB, which released its debut album on Edition Records in 2020, was described as ‘ready to make cataclysmic waves in the sound of UK jazz’ by Jazzwise.

His quintet’s critically acclaimed 2018 debut on Barcelona-based label Fresh Sound New Talent (home to debuts by artists including Ambrose Akinmusire and Avishai Cohen) was described by All About Jazz as ‘an exquisitely subtle collection of tunes… the clearest indicator to date of the stratospheric trajectory on which this super-talented quintet is indubitably heading’.

Their increasingly burgeoning reputation on the international jazz stage was confirmed by a major prize at the 2018 Umbria Jazz Festival, as well as touring to Poland, Spain, Italy and Hungary and performances at legendary UK venues including Love Supreme Festival, the Royal Albert Hall and Ronnie Scott’s.

His latest project, Dream Band, pulled  together a pool of 15 musicians from both sides of the Atlantic to bring to life a set of forward-thinking music.

The music was recorded across three London studio sessions in Spring 2021, with a different configuration of musicians each day. The result is a selection of 12 original songs ranging from a delicate duo (featuring the sensational Midori Jaeger on cello & vocals) through to an expansive 7-piece outing with guest stars Chris Cheek and David Adewumi.

Our sponsor for this episode is:

And for a limited time, if you live in the US or Canada, use the code  EVERYTHINGSAX for 10% off at their store at shop.legere.com.

The store is only available to US and Canadian residents.

Video for this episode:

Show your love for the podcast by…