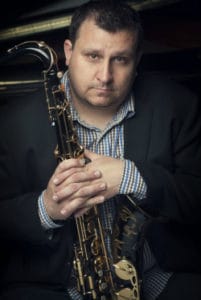 Jeff Ellwood is an important voice in education and on the tenor saxophone. He is the director of jazz studies at Mt. San Antonio College as well as adjunct faculty at Cal State Fullerton. This week, we caught up with Jeff to talk about his development as a musician, his approach to education, and his amazing book, Developing Bebop Lines. Jeff has studied with some of the the most important teachers over the years and now has become one of the most important teachers in the jazz world.

Jeff has studied with the likes of Billy Pierce, George Garzone, James Moody, Rick Margitza, and Ralph Bowen. He has also performed with some of the top musicians such as, Tony Bennett, Jerry Bergonzi, Bill Cunliffe, Eddie Daniels and Arturo Sandoval.

In this episode we discuss: 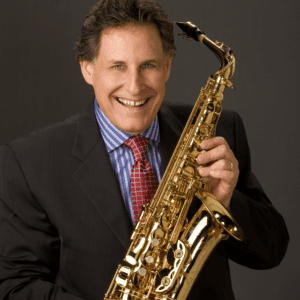 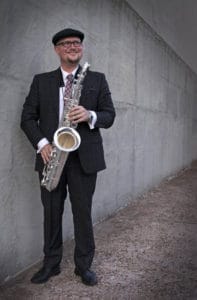 Ian Hendrickson-Smith is on top of the musical world. He has one of the most diverse and amazing careers out of any musician playing right now. You can catch him on the Tonight Show with Jimmy Fallon, playing with the Roots, at a jazz club in New York City, or recording albums for his label, Rondette Jazz on any given night of the week. Ian was also the longtime bari player for Sharon Jones and the Dap Kings. We caught up with Ian for a fascinating conversation about all things saxophone and music this week. Ian is a really genuine guy and had great answers to all of our questions. Get ready to be amazed by the one and only, Ian Hendrickson-Smith!

In this episode we discussed:

Check out the Rondette Jazz Label! 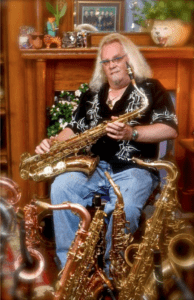 Steve Goodson has been involved in some aspect of the music business on a professional basis since 1963, when he started taking money for playing.
Steve retired from active performance in 2003 for reasons of health. But prior to his retirement, he performed with Solomon Burke, Eddie Money, Dr. John, Marcia Ball, Chubby Checker, Vince Vance, and many, many other internationally known performers.
He has also done hundreds of recording sessions and played thousands of live gigs everywhere from huge stadiums to tiny bars.

His repair experience led to instrument design and his articles about saxophone design have been widely published by music magazines in North America, South America, Europe, and Asia. He currently writes for every issue of Saxophone Today (www.saxophonetoday.com) and freelance writing for other publications.

In this episode, we talked about:
Notable quote:
“When someone hasn’t failed at something, they haven’t tried enough stuff.” 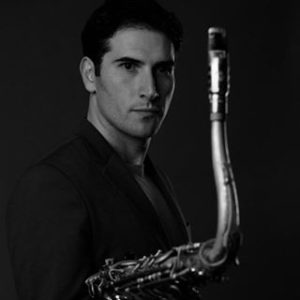 Sam Dillon is one of the top call tenor saxophone players on the New York scene. In this episode we caught up with Sam and our chat is both informative and inspiring to anyone looking to know what it takes to make it today as a jazz musician. Sam’s approach to the music and being a musician is refreshing. He truly is in it for the long haul and genuinely loves what he does. Sam is also preparing for a big year of releasing recordings and continuing his packed and exciting schedule of gigs. Enjoy our interview with the great, Sam Dillon!

Steve Goodson has been involved in some aspect of the music business on a professional basis since 1963, when he started taking money for playing.
In Steve’s words…

“Quite a few members of my family on both sides played professionally, so it was a rather natural thing for me to pursue. I’ve been very fortunate to have had some excellent teachers over the years, and feel very strongly about passing that knowledge on. I keep a full studio of students so I can teach what I’ve been taught.”
Steve retired from active performance in 2003 for reasons of health. But prior to his retirement, he performed with Solomon Burke, Eddie Money, Dr. John, Marcia Ball, Chubby Checker, Vince Vance, and many, many other internationally known performers.
He has also done hundreds of recording sessions and played thousands of live gigs everywhere from huge stadiums to tiny bars.

“I knew I could improve on what was available. I am very proud that instruments of my original unique design have been marketed throughout the world for almost fifteen years, and that thousands of horns bearing my name are circulating through the musical community. I also make mouthpieces, necks, and have designed many original accessories for saxophones. Our products are all unique to us, and are not available anywhere else.”

Steve’s articles about saxophone design have been widely published by music magazines in North America, South America, Europe, and Asia. He currently writes for every issue of Saxophone Today (www.saxophonetoday.com) and freelance writing for other publications. 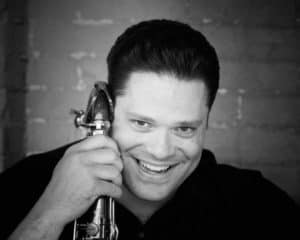 Paul Haar is the creator of the online magazine TheSaxophonist.org and is also an Associate Professor of Saxophone and Director of Jazz Studies at the University of Nebraska-Lincoln. Paul is a mover and shaker in the world of saxophone and has some great things to say about teaching, performing, and the industry at large. We caught up with Paul as he is preparing to embark into his second year of running and publishing TheSaxophonist.org. We talk a lot about what goes into publishing a fine magazine of this caliber.

We also got the chance to talk to Paul about running the saxophone studio at the University of Nebraska. He has some great tips for prospective students as well as tips to make the most out of your college experience.

We also bend Paul’s ear for some insight on where the industry is in general and some of the things to watch out for in the coming year in regards to the saxophone and the industry surrounding everyone’s favorite instrument!

In this episode we discuss: 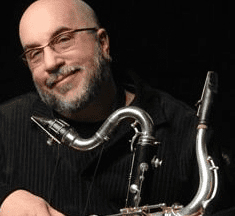 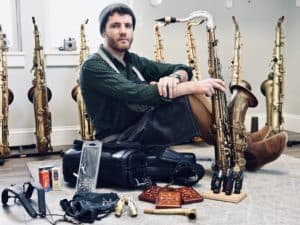 Jack Finucane is the owner of the Boston Sax Shop, a full service horn repair and retail shop in the heart of Boston. Jack is making waves in the saxophone world by creating his own extensive product lines, curating some of the best saxophone products and accessories for sale in his shop, and generally being one of the best repair techs in the world. Jack works tirelessly to bring awareness and clarity to taking care of your largest investment, your instrument. Jack is also a really nice guy and was very generous with his time and energy educating all of us about the intricacies of our equipment and how it can help us to be better players.

We covered a lot in this episode and here are some of the things we focused on: 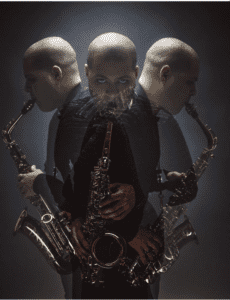