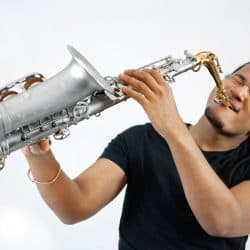 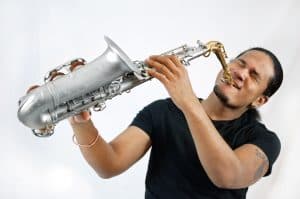 Adrian Crutchfield has taken the world by storm in recent years, not only as the last sax player to perform and record with Prince, touring the world and being featured on Prince’s last three albums, but also touring domestically and internationally with acts such as Lionel Ritchie, Bette Midler, and Cee-Lo Green — all the while writing and building his 2017 release titled ‘Leap’.

In jazz, Mr. Crutchfield has been featured by names such as Kim Waters, Mike Phillps, Alex Bugnon, Jeff Lorber, and Branford Marsalis; and with legendary groups such as Fourplay and The Gap Band featuring Charlie Wilson.

Adrian is a 2008 graduate of Florida State University (B.A. in Music with a concentration in jazz, contemporary media, and commercial music).

Although young, this saxophone aficionado is one of his generation’s most prolific and successful professional musicians.

And get awesome behind-the-scenes footage not shared anywhere else!

There is extra bonus footage from Adrian and Laura Dreyer and Kim Cypher.

Check out our Patreon site today 🎷