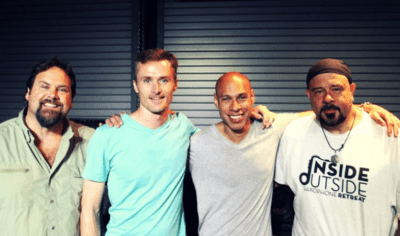 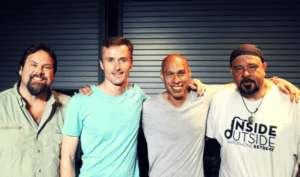 This week we welcome onto the show, the two Bobs. That is Bob Franceschini and Bob Hemenger. These two great saxophonists and educators are two of the three masterminds behind the Inside-Outside Saxophone Retreat which takes place in Tennessee every summer.
The Inside-Outside Saxophone Retreat is run by the three Bob’s: Bob Reynolds, Bob Franceschini and Bob Hemenger.
Bob Reynolds is a well-known musician and educator, having toured with John Mayer and Snarky Puppy and many more.
Bob Franceschini, musician, educator, arranger and musical director,  has toured around the world, performing with Chaka Khan, Mike Stern, The Yellowjackets, and Jeff Lorber Fusion.
Bob Hemenger is a naturalist, along with being an educator and having performed with Victor Wooten, Darrell Scott, the Zac Brown Band and many others.
Each Bob brings a different perspective and set of experiences to the camp, which is in its fourth year of existence.
And special guest artists in the past have included Joshua Redman and Chris Potter.
The camp has about 60 seats available, but half have been sold as of this interview, so go to https://www.insideoutsideretreat.com/ for more info and to register.
“A great musician doesn’t play music; music plays them.” Bob Hemenger