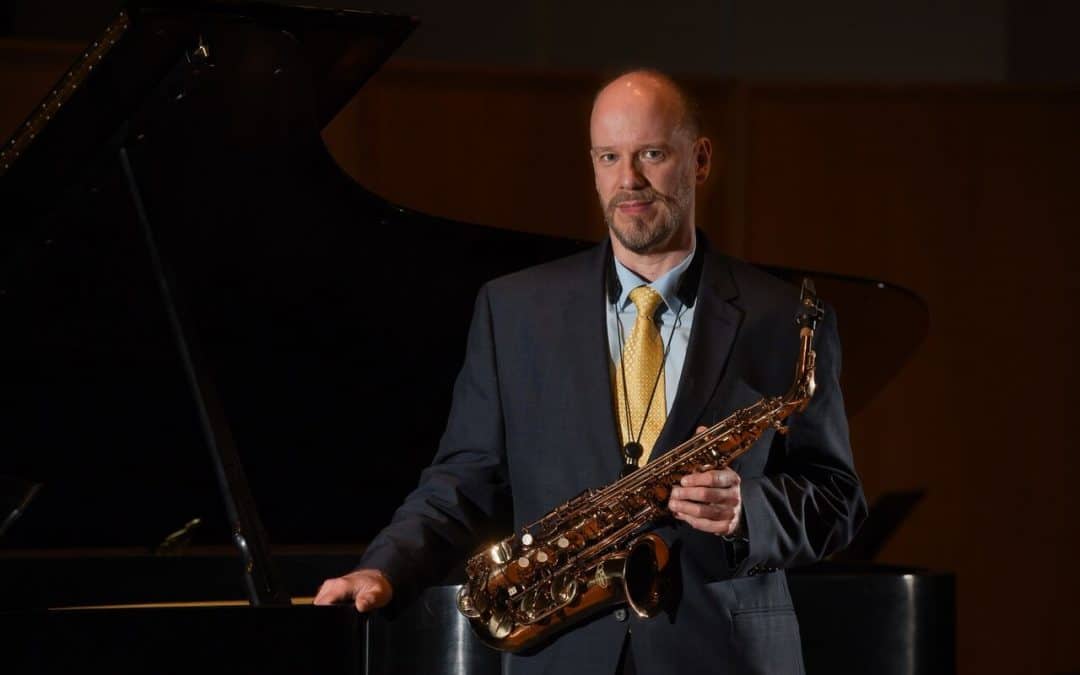 Greg Banaszak is one of the most sought after orchestral saxophone soloists of his generation.

As one of the few saxophonists active in both the classical and jazz mediums, he includes a combination of concerto performances, solo and chamber music recitals, and jazz festival appearances.

He has presented master classes at Austria’s Musik Hochschule, the Cairo Conservatory, Oberlin Conservatory, and the Tanglewood Institute and has served as Orchestral saxophonist for the leading opera orchestras of Warsaw, Berlin, Paris, and Cleveland.

Banaszak was the first saxophone concerto soloist to appear with orchestras in India, the Middle East and Korea, including performances with the Symphony Orchestra India, the Cairo Symphony and the Taegu City Symphony.

Banaszak’s critically acclaimed CDs, “The Music of Alan Hovhaness” “Duo Concertos for Alto Saxophone, Flute, and Orchestra”, “Romances for Saxophone and Orchestra” and “Saxophone Concertos”, are available on the Naxos and Centaur Records label.

Banaszak recently recorded “I’ll Remember April…Bird with Strings Revisited”, a CD of the renowned recording of Charlie Parker with Orchestra.

He serves on the faculties of the Cleveland Institute of Music, and Case Western Reserve University.

He is a Vandoren Performing Artist, Selmer Saxophone clinician, a Rovner Products and DeJacques consultant.

He has performed as a saxophonist for the Cleveland Orchestra.

He studied with such prominent masters as Vincent Abato and jazz legend Jackie McLean.

Banaszak’s former students currently hold positions as both highly acclaimed performers and educators throughout the United States and abroad.

In 2021, Banaszak was recently honored with the “Distinguished Alumni of the Year” award from the Hartt School of Music /University of Hartford.

The background music for the podcast was Greg performing Laura from the  “Bird with Strings” performance with the Cleveland Pops Orchestra and Maestro Carl Topilow, Conductor, Live at Severance Hall, on February 9, 2007.

We talked about:
🎷 The Charlie Parker Know the Legends Project & some incredible stories most people do not know
🎷  How Greg did the research for this monumental project
🎷  How Art Tatum influenced Charlie Parker’s approach to playing
🎷 Great stories about Former President Bill Clinton, Jackie MacLean and others
🎷 Greg’s own practicing routine, and how he keeps his jazz and classical chops in shape
🎷 And MUCH more!

Did you know you can get a complete listing of all our shows, as well as Bonus videos and searchable transcripts?

All you need to do is become a Patron!

And, with their small monthly donation of $2 or more, they help keep the great interviews coming. If you want to become a patron and support the show, head on over to our Patreon site: https://www.patreon.com/everythingsaxophone