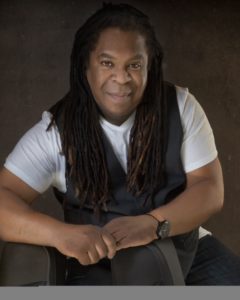 Louis Van Taylor has performed with Ray Charles, The Gap Band, Michael Bolton, Stevie Wonder Sheila E., Billy Vera and many more, but he is best known for performing with Kool and the Gang.

Louis was born in Salt Lake City Utah and later moved to Los Angeles CA, where he attended Foshay Jr. High, then  later moved to Pasadena and was a graduate of Pasadena High School.

Louis has always been one of the top horn live and session players in the business along with leading his own formidable “Louis Taylor Quartet: Hornlicious” featuring Louis Van Taylor and Bijon Watson, Louis Van Taylor Quintet.

You can see all of his work and credits here:

Movie/TV credits: Soul Men, Hurricane, Touch by an Angel, What’s Love Got to Do With It, Man in the Moon, Nutty Professor, The Charle Parker Story, Life, Murder She Wrote, Night Court, Seinfeld, Friday, The Temptation Story, Star Trek Next Generation, Lemonade/Beyonce

Louis is endorsed by D’Addario and Trevor James Saxophones.