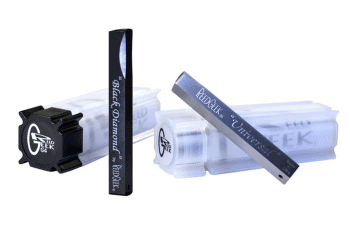 Mauro Di Gioia is an entrepreneur, free-lance saxophonist/woodwind player, and the founder and President of ReedGeek, Inc. (which manufactures ReedGeek Products) based in Carson City, Nevada.

For many years Mauro has dedicated his time to the betterment of reeds and reed performance for all woodwind players: publishing several articles on reed acoustics and adjustment in leading industry magazines and guest lecturing for master classes at various colleges in the United States and abroad.

Mauro has also worked with and designed reed cuts for some of the greatest players in the world, including David Sanborn.

If you want to keep the great interviews coming…

Did you know you can get a complete listing of all our shows, Bonus videos and searchable transcripts, and get access to the episodes earlier than everyone else? All you need to do is become a Patron!

And, with their small monthly donation of $2 or more, they help keep the great interviews coming. If you want to become a patron and support the show, head on over to our PATREON site.