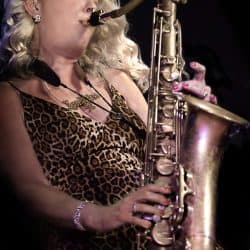 Kim Cypher is creating quite a stir on the jazz scene at present, emerging as one of the UK’s most exciting saxophonists, vocalists and composers and firmly securing a reputation for top quality, stylish, accessible jazz and musical entertainment. Inspired by the funkier side of jazz and having studied alongside US saxophonist Pee Wee Ellis… 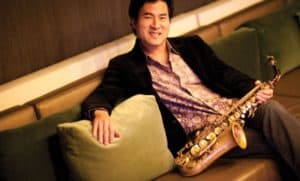 Seattle native, Jeff Kashiwa knew he was destined to be a musician following his junior high introduction to woodwinds. His instincts were correct. He became known as one of the most compelling young saxophonists in contemporary jazz during his first year with The Rippingtons. Kashiwa performed hundreds of shows all over the world and appeared on many of the band’s classic recordings. END_OF_DOCUMENT_TOKEN_TO_BE_REPLACED 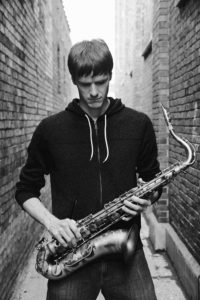 Previously the director of jazz studies at Abilene Christian University for six years, Derek now lives and performs in Chicago, playing in various bands and projects around the area and throughout the world. His recent “BEATBoX SAX” music videos and tutorials on YouTube have been very popular among saxophonists and music lovers alike, leading to endorsements with Legere, JodyJazz, P.Mauriat, BG, and AKG. Derek has performed solo END_OF_DOCUMENT_TOKEN_TO_BE_REPLACED